View ALL View All News
July 7

As part of the topic of inheritance in Science this term, Year 8 learnt all about the workings of DNA by making delicious jelly models.

DNA stands for deoxyribonucleic acid and is made up of molecules called nucleotides. Each nucleotide contains a phosphate group, a sugar group and a nitrogen base. The four types of nitrogen bases are adenine, thymine, guanine and cytosine. The order of these bases is what determines the DNA’s instructions, or genetic code.

As they formed their models, they learnt about each string of DNA carrying a set of instructions called genes. The gene tells the cell how to make a specific protein which are used by the cell to perform certain functions, to grow, and to survive. These genes are also passed down to offspring.

Our bodies are made up of trillions of different cells. These cells contain these hugely important molecules called DNA within the nucleus of the cell. The function of DNA is to essentially tell the cells what to do. Building a candy DNA model with the students in Year 8 allowed us to explore and talk about the basic biology of living organisms such as ourselves. We used four colours of gummy sweets to represent the four kinds of bases. Just like DNA, one gummy will always tend to pair with one other. We used a toothpick to attach the pairs together. We then attached the bases to strawberry laces. The strawberry lace represents the sugar-phosphate backbone of the double helix.

Bringing the shape of the DNA into 3D helped pupils visualise the structure. The students thoroughly enjoyed making this educational snack. 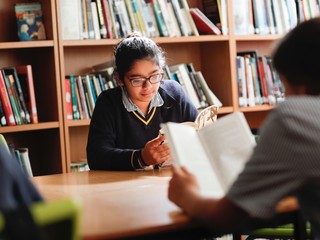 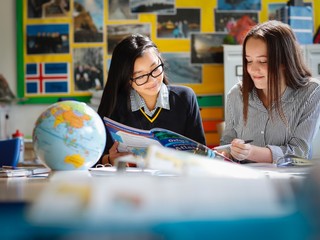