View ALL View All News
September 20

A celebration of a record-breaking year

It was a record-breaking year for Blackheath High as our students received their A-level results on 17 August. Our top A* grades reached an impressive 17% and 39% at A*/A and 71% of applicants gained places at Russell Group universities. Over 70% of students also gained A*/A grades in their Extended Project Qualification (EPQ), a dissertation-style qualification regarded as excellent preparation for university.

We are extremely proud of our girls’ achievements and wish them all the best of luck for their promising futures. Characteristic of Blackheath High School students, our girls are leaving to follow a diverse range of higher education paths. Here, we celebrate just some of our many star performers. 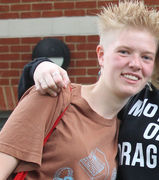 Head Girl, Ella Jollands was an outstanding student with exceptional academic ability who was well respected by both the school staff and her peers. She displayed excellent skills in leadership and had a positive, can-do attitude including organising fundraising events for Syrian refugees.

As President of the Debating Society, Ella delivered an outstanding speech in the final round of our school Public Speaking Competition. She also represented the school in many debating and Model United Nations events.

With four A*s in Religious Studies, English Literature, French and EPQ, Ella will thrive at the University of Cambridge where she will be reading Asian and Middle Eastern Studies. 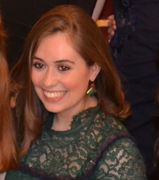 A truly exceptional student, Eleanor Downey was a sophisticated writer and perceptive reader. She participated in the National Theatre New Views playwriting scheme for which she was long-listed and was then further selected as a promising young playwright, invited to develop her work in a National Theatre workshop.

Creative, self-motivated and scholarly, Eleanor was a remarkable student with a sharp, critical mind who devoted her time to inspire others to write as President of the Creative Writing Society.

With an A in Psychology and A*s in English Literature, French and EPQ, she is set to read English Literature and Creative Writing at the University of Warwick, unpicking the writer's craft in the hope of becoming a novelist and playwright herself. 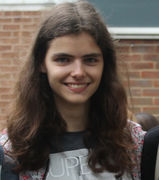 Another one of our exceptional students, Maya Gunn De Marcos was one of the most talented girls in her cohort. Her desire and determination to further her knowledge was such that she attended A-level Biology lessons in her spare time.

Maya was a highly intelligent student of great insight and was awarded a bronze certificate in the National Chemistry Olympiad. A talented mathematician, she supported younger students as a Maths Mentor and was awarded a Silver certificate and 'Best in School' in the UKMT Senior Maths challenge.

With an A* in Maths, Art, English Literature and Chemistry, Maya is determined to take her interest in the sciences further by pursuing Arts and Sciences at University College London. 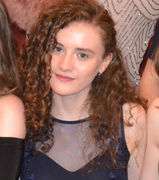 Chloe Hubbard was an amazing student and her dynamism and scholarship enriched the Sixth Form. She was Chair of the Psychological Society and made a fantastic success of her role as House Sports Captain.

Chloe approached her A-level study of Psychology with an enquiring mind and a determination to achieve the highest standards. She was confident and showed skills well beyond those expected of an A-level student.

With an A in History and an A* in Government & Politics, Psychology and EPQ, Chloe will excel as a Psychology student at University College London. 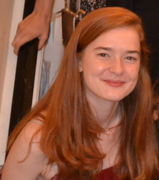 Scholarly and rigorous, Katie Wright was an exceptionally talented student and a true all-rounder. She excelled in all that she did, both academically and in the wider life of the School as reflected by her A in French and A*s in English Literature, Psychology and EPQ.

Alongside her academic studies, Katie gave her time generously in the service of the school community. She was a reading mentor to younger students, a volunteer on the SHINE project and was chosen by staff and her peers to be a member of the Head Girl team. With a curiosity and desire to explore new horizons, she will be sure to succeed reading Psychology at the University of Bath. 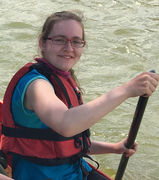 Studious, curious and charming, Erin Medcalf was an outstanding Sixth Form student and Deputy Head Girl who achieved an A* in EPQ and an A in Physics, Maths and German.

She was a Maths Mentor, helping younger Maths students who were struggling and also represented the school in the UKMT Team Challenge. Erin also founded the 'Hawking Society' to share her enthusiasm for Physics and Maths and introduce fellow students to new ideas that challenge preconceptions. Erin was a delight to teach and will be a superb undergraduate of Theroetical Physics at the University of Birmingham where she will fulfil her potential to be an outstanding physicist.

Read more about our record-breaking year for A-level results.

Year 7 learn about the Torah and explore Hebrew script